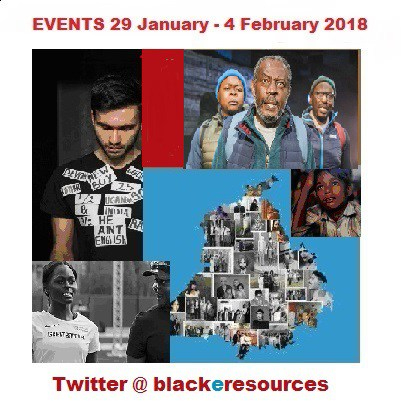 Hosted by the Department of Gender Studies and International Inequalities Institute“How might we transform the ways in which we think about ‘crisis’, ‘activism’ and ‘solidarity’? Drawing on her new co-authored book, “Minority Women and Austerity: Survival and Resistance in France and Britain, Akwugo Emejulu’s talk will explore the asymmetrical impacts of austerity measures on women of colour and their strategies for resistance in Scotland, England and France.” Akwugo Emejulu is Professor of Sociology, University of Warwick. Aisling Swaine is Assistant Professor of Gender and Security in LSE’s Department for Gender Studies

“Roman J. Israel, Esq. is set in the underbelly of the overburdened Los Angeles criminal court system. Denzel Washington stars as a driven, idealistic defence attorney whose life is upended when his mentor, a civil rights icon, dies. When he is recruited to join a firm led by one of the legendary man’s former students – the ambitious lawyer George Pierce (Colin Farrell) – and begins a friendship with a young champion of equal rights (Carmen Ejogo), a turbulent series of events ensue that will put the activism that has defined Roman’s career to the test.”

Dir: Amit Madheshiya & Shirley Abraham.India/ 2016/96mins. “The Cinema Travellers accompanies a shrewd exhibitor, a benevolent showman and a maverick projector mechanic who bear a beautiful burden –to keep the last travelling cinemas of the world running.”

See The Cinemal Travellers Official Site here for screening details around the world.

“Why are disadvantaged students still underrepresented in our universities, and what can we do about it? Despite efforts by universities and schools across the country, the gap between richer and poorer students stubbornly persists; from attainment in school to university application and acceptance. Educational and socioeconomic disadvantage disproportionately affects certain ethnic minority groups, and our current system risks further entrenching these patterns of injustice. With social mobility stalling, what can be done to remove barriers to accessing university education? Should we focus on improving attainment in schools, or are there other cultural factors running deeper than these interventions? How can we encourage more disadvantaged students to apply to university, and how can we increase their chances of being accepted? How can schools and universities work together to make education fairer?”

“‘COACH’ is a photographic exhibition recognising UK Black and Asian track & field coaches. It aims to promote positive Black and Asian role models through athletics to inspire the next generation of athletes and community involvement in sport.

‘WOMEN ON TRACK’ is an initiative that showcases empowered female athletics coaches. It is the first of many UK Athletics initiatives aiming to encourage women and girls to get involved in athletics through positive female role models in sport.”

“Over a period of two years Black Country Visual Arts has brought together an exciting collection of 2000 photographs exploring Punjabi migration to Wolverhampton from the 1960s to the1980s. In this inaugural exhibition, visitors will get a rare glimpse of 30 years of life captured by Punjabi families across the city from their own photographs and family albums. Also on display will be a series of present day portraits from within the Punjabi community, and visitors can even take a family selfie in our mock ‘70s photographic studio!”

Directed by Dawn Walton. Written by Testament. An Eclipse Theatre Company and Royal Exchange Theatre co-production. “We walk. Though we are written into the landscape you don’t see us. We walked England before the English.”