Image Credit: Photo of Where Our Hands Touch Film Posters at the Curzon @AmmaAsante

“Where Hands Touch is a coming of age story set in the most brutal of times: Germany, 1944. Leyna (Amandla Stenberg), the 15-year old daughter of a white German mother (Abbie Cornish) and a black African father, meets Lutz (George MacKay), a compassionate member of the Hitler Youth whose father (Christopher Eccleston) is a prominent Nazi solider, and they form an unlikely connection in this quickly changing world. As Leyna’s mother strives to protect her from the horrors that she could face as a mixed-race German citizen, Leyna is forced to forge her own path as the war goes on and the Nazi’s increase their atrocities over the Jews and all dissidents. Can she find an ally in Lutz, himself battling a fate laid out before him that he is hesitant to embrace?”

WHOSE HERITAGE? SYMPOSIUM WITH DAVID OLUSOGA AND DAWN WALTON (THE ASSEMBLY ROOMS, NEWCASTLE UPON TYNE)

SOCIAL EXCLUSION AND THE FUTURE FOR INCLUSION CONFERENCE AND DEBATE + PERFORMANCE OF ‘CRIME OF THE CENTURY’ (CHICKENSHEAD THEATRE, LONDON) 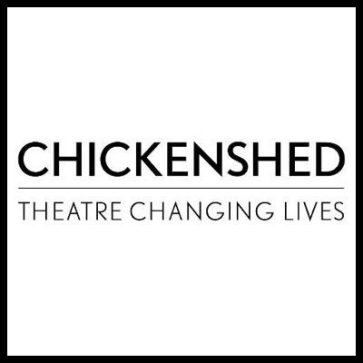 “Chickenshed, in partnership with Shared Vision UK, presents a conference and debate on issues related to social exclusion, gang involvement, knife crime and other relevant matters.

Crime of the Century is a production that explores the issues surrounding gang violence and anti-youth stereotyping. The production has toured for ten years to over 500 venues, performed in 600 productions to 75,000+ audience members.” 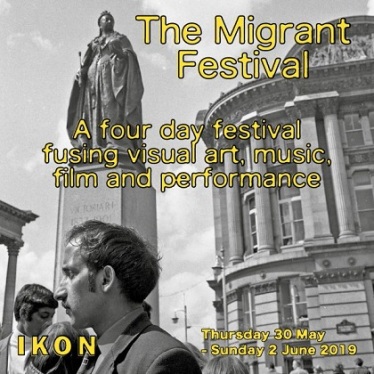 “For the final four days of Hew Locke’s exhibition, The Migrant Festival returns to celebrate our diverse roots, welcoming new arrivals to the city. This year’s programme includes designer Osman Yousefzada’s fashion parade, a performance by Syrian Ood Player, Rihab Azar from Celebrating Sanctuary and a tour of the Midlands Arts Centre (MAC) exhibition Handsworth Self Portrait: 40 Years On

Journeys in moving image through Asia & the Pacific

“Aperture seeks to bridge the gap within the UK festival landscape as the only UK film festival to cover the whole of the Asian region and also to explore Oceania, as well as reflecting on the inherent links and blurred boundaries between Asia and the Pacific, particularly within transnational contexts. Aperture is a collaborative initiative, seeking to forge strong partnerships with other like-minded festivals and organisations. We’re delighted to be partnering with Essay Film Festival, London Korean Film Festival, MUBI and NANG for this second edition. We’re also thrilled to be working on a joint programming initiative with Dharamshala International Film Festival in northern India. We’ll be showing three outstanding South Asian films that featured in their last edition and we look forward to seeing Aperture titles reaching audiences in the Himalayas later this year! The festival is presented in London in two parts – part 1 taking place 4-13 June, and part 2 from 11-14 September, while the festival will tour various locations around the UK from July to October. Presented by Day for Night in partnership with the Centre for Research and Education in Arts and Media (CREAM), University of Westminster”

The listings included here are provided only for information, not necessarily endorsement. Please let Black Europe Resources know if any links are broken.

If you have received this information by email, it is for the exclusive use of the intended recipient(s) and not for circulating without agreement.

If you wish to make a donation or become a sponsor, please see the Donors & Sponsors section of the website: https://blackeuroperesources.com/donors-sponsors/

Your support will help Black Europe Resources survive and inform public discussion through newsletters, commentary and promotions of books, publications and events.

Sign Up To Receive Blogposts Directly To Your Inbox By Entering Your Email: https://blackeuroperesources.com/