By Cassiopeia Berkeley-Agyepong and Simone Ibbett-Brown. “’You do realise that your premier black woman role model was literally a puppet controlled by a white man, right?’ Opera singer Simone very quickly discovers that London is not the BNP-free utopia she’d always dreamed of. Meanwhile, actress Cassi battles it out for the illustrious roles of ‘Sassy Friend’, ‘Spunky Slave’, and ‘Third Crack Whore From The Left’ at every audition. Desperate to be seen as they are, not as the colour of their skin, they decide to take control and write their own story. [This is that story] With music, laughter and searing honesty, Shuck ‘n’ Jive is the debut play from Cassiopeia Berkeley-Agyepong & Simone Ibbett-Brown, directed by Soho Theatre Associate Director Lakesha Arie-Angelo. Contains racially sensitive language.”

“Who were the first Indians to arrive in Southall? Where did they come from and why? What did they do on reaching Southall and how did locals react to them? This talk examines the religion, work, social and cultural life of Southall’s first Indians, as well as challenges over schooling, health and crime, by using contemporary archives, accounts and newspapers.”

Two short plays celebrating the cultures and communities of Bradford.

Fatima and Sarah are BFFs, part of their basketball team’s starting 5. But when new girl Wafa arrives things get upset on and off the court. Poetry and passion combine to tell a story of friendship, identity, body image, and basketball.

It’s 1980s and Hawa Jaan is struggling with having to wear a shalwar kameez to school, and her secret love of Michael Jackson. When Bibi comes to visit from Pakistan, grandmother and granddaughter find more in common than they thought.

Aina J Khan is a writer and journalist who has been published in The Guardian, Al Jazeera English, VOGUE Arabia, Financial Times, and VICE Munchies. Raised in west London, she moved to west Bradford at 15, and has been straddling the north and south ever since. 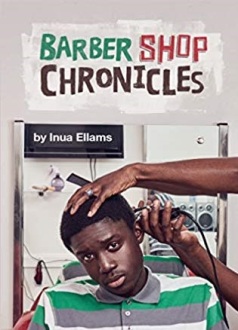 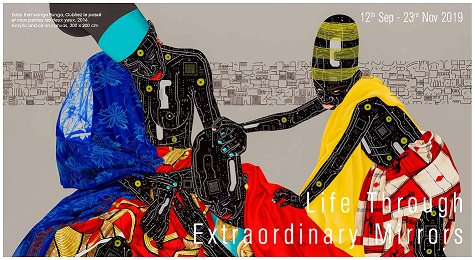 “On Friday 18th October, October Gallery will open its doors after hours for the third OG Late. See a special view of the exhibition Life Through Extraordinary Mirrors. The exhibition features works by Romuald Hazoumè / Eddy Kamuanga Ilunga / Cyrus Kabiru / Zak Ové / Alexis Peskine / LR Vandy / Cosmo Whyte. Painting, sculpture and photography in the exhibition draws upon themes of place, identity and human experience. These seven artists interweave their personal experiences with global realities to present an astute view on the world we live in.”

“In her recent book, Radhika Mongia provocatively argues that the formation of colonial migration regulations was dependent upon, accompanied by, and generative of profound changes in normative conceptions of the modern state. Focused on state regulation of colonial Indian migration between 1834 and 1917, Mongia illuminates the genesis of central techniques of migration control. She shows how important elements of current migration regimes, including the notion of state sovereignty as embodying the authority to control migration, the distinction between free and forced migration, the emergence of passports, the formation of migration bureaucracies, and the incorporation of kinship relations into migration logics, are the product of complex debates related to colonial migrations. By charting how state control of migration was critical to the transformation of a world dominated by empire-states into a world dominated by nation-states, Mongia challenges positions that posit a stark distinction between the colonial state and the modern state to trace aspects of their entanglements.”

The event will be followed by a drinks reception.

Find out more about the book here.

Chair: Nadine El-Enany, Birkbeck School of Law and Centre for Research on Race and Law 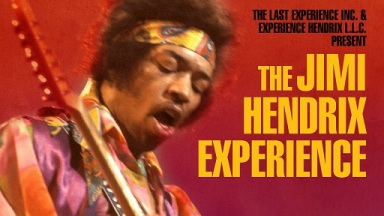 “One of the greatest and most anticipated unseen treasures in musical history will finally be revealed for one night only when the feature-length film The Jimi Hendrix Experience: The Royal Albert Hall, screens at the very venue it was filmed. This has long been considered the holy grail of ‘lost’ films. It has never before been released on any format nor commercially screened anywhere in the world. It has remained unseen and been the subject of death, litigation and intrigue since its creation fifty years ago. It presents an extraordinary performance by the Jimi Hendrix Experience and chronicles the hours leading up to 24 February 1969 concert, with the crew granted unprecedented backstage access to Hendrix and his team throughout the day. To prepare the film for this unique anniversary screening, producer Jerry Goldstein and Glenn Stone of The Last Experience, together with Janie Hendrix and John McDermott from Experience Hendrix, have painstakingly restored all of the original 16mm colour film elements and prepared this feature length presentation.”

“Between 1760 and 1860, Scotland’s place in the world was dramatically remade. From a longstanding position at the periphery, Scotland rapidly attained a central role in European cultural life and in Britain’s industrial and imperial expansion. This exhibition explores the lives and careers of the Scots behind this period of dramatic change. The exhibition documents the material and artistic benefits of their achievements, while also confronting the darker shadows they cast.It will show how MacPherson, Burns and Scott reinvented Scotland as a land of myth and romance; but also consider how their work could substitute comforting fictions for difficult realities.”

“LEAFF aims to champion the growing collaboration in East Asian filmmaking with a philosophy that marks a shift in the cinematic landscape of East Asia, and moves away from cultural and cinematic borders. Our vision is to bring a much wider, eclectic, and diverse programme of films from over 13 countries to show the richness and diversity of the region and its people. We want to draw people in with the familiar, and offer opportunities to see something new.”

How should we write the history of antiracism in Britain? Professor Paul Gilroy, UCL Black History Month Lecture (University of Oxford)

Image Credit: There Ain’t No Black in the Union Jack by Paul Gilroy Book Cover

“The BME Staff Network and Equality and Diversity Unit of the University of Oxford are delighted to host the Black History Month Lecture with this year’s speaker, Professor Paul Gilroy, founding Director of the Centre for the Study of Race and Racism at University College London. Professor Gilroy was recognised this year with the Holberg Prize for ‘his outstanding contributions to a number of academic fields, including cultural studies, critical race studies, sociology, history, anthropology and African-American studies.’”

If you wish to make a donation or become a sponsor, please see the Donors & Sponsors section of the website: https://blackeuroperesources.com/donors-sponsors/

Your support will help Black Europe Resources survive and inform public discussion through newsletters, commentary and promotions of books, publications and events, thank you.