In the US, Kamala Harris has made history, becoming the first woman and first black and South Asian American to serve as US vice-president. However, do you know that President Joe Biden’s cabinet has been popularly touted as the “most diverse ever in history” with South Asian and Muslim Americans?

In this week’s issue, those of you interested in “decolonisation” may wish to listen to a new podcast series that explores decolonising in higher education launched by the Association of Commonwealth Universities.

As usual, I will let you pick and choose which news articles and topics you wish to read (you just need to click on the title to access the full content).

Have a nice weekend!

Image by Charles Thompson from Pixabay

“The FTSE 100 company, which is behind household names such as Dove soap, Ben & Jerry’s ice-cream and Marmite, said it planned to use the might of its brands, coupled with its advertising spending power as one of the world’s biggest to make a difference.” 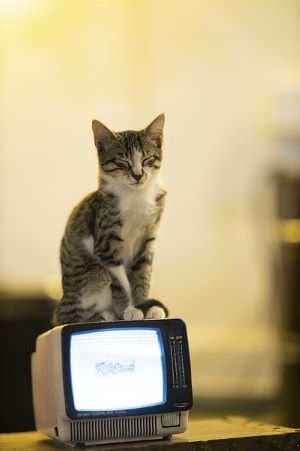 Image by Engin Akyurt from Pixabay

“Sky has set new diversity and representation targets with 20% of employees at Sky in the UK & Ireland to be from Black, Asian or Minority Ethnic background by 2025, with at least a quarter of these to be Black. The aim applies to the Sky leadership team, with targets replicated for the top 300 leaders.”

“Co-op will donate £1 million to the Music Feeds event, which will go to FareShare to fight food poverty and Help Musicians and Stagehand, who look after musicians and live crew members who have lost work as a result of the global health crisis.”

Image by Leroy Skalstad from Pixabay

“As part of its post-Brexit global vision, Britain is hosting a UK-Africa trade forum this week. But with its new trade deals failing to offer African nations much extra, the UK is falling behind as a key trading partner”

How British east and southeast Asians are fighting racism during the pandemic, The Independent, 9 January 2021

“ESEA communities have faced soaring racially-aggravated violence and discrimination during the course of the pandemic, as the virus was inextricably linked to China.”

Image by Richard Mcall from Pixabay

“Nearly half of bankers and other finance staff don’t know about the nature and scale of modern slavery – nor how their business is involved in the abuse, suggests a new study Led by Dame Sara Thornton, the UK Independent Anti-Slavery Commissioner.”

“Host Natasha Lokhun is joined by academics, students and practitioners from across the Commonwealth to address the question – how have universities responded to calls to decolonise higher education?  Expect lively discussions, in-depth analysis and new perspectives as we take on some of the key debates within higher education.”

The Racism We Experience From Our Teachers, Each Other, 21 January 2021

“When leaving the classroom, Miss Brown would kiss the head of every single one of my white classmates heads, but would look away when me and other classmates, also children of colour, walked by.”

“Only 155 out of more than 23,000 university professors in the UK are black, according to official figures.”

“Children from lower-income families should not be forced into schools, says legal charity…Ofcom estimates 1.7 million students have no devices and 880,000 live in homes with only a mobile internet connection.”

“A new research has revealed that six in ten black, Asian and minority ethnic (BAME) psychiatrists have faced racism at work, but only 29 per cent of these incidents were reported.”

Study aims to uncover reasons why black and ethnic minority east Londoners have been hardest hit by covid, The Evening Standard, 21 January 2021

“The new study, funded by Barts Charity, will use interviews and questionnaires to get an insight into the lives of BAME residents before and during the pandemic.”

“The long-awaited Mental Health Act (MHA) White Paper, published last week, pledged “decisive action” would be taken to cut disproportionate use of the act among certain groups. Black people are over four times more likely than white people to be detained under the act and over 10 times more likely to be subject to a community treatment order (CTO) – under which people are discharged from detention but placed under conditions on their lives and treatment.” 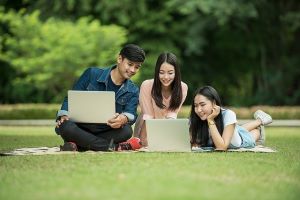 Image by Sasin Tipchai from Pixabay

“Black people made up only three per cent of the UK tech workforce, but disparities set in long before people reach employment”

Image by Free-Photos from Pixabay

“The governing body for Athletics in the UK has set out plans to create a new mentoring programme, as well as offering inclusion workshops and publishing its Diversity Action Plan (DAP) to build on its ‘Let’s Talk About Race’ programme, which was launched following the murder of George Floyd, and brings diverse voices together to inform and advise UKA.”

Image by Pete Linforth from Pixabay

“Some 43 people drowned trying to leave Libya for the EU by boat in the first lethal incident of its type this year, UN agencies have said. Their boat capsized shortly after departure on Tuesday morning. Ten people were saved by the coast-guard. The casualties included people from Côte d’Ivoire, Gambia, Ghana, and Nigeria. More than 1,200 people died on the same route last year, the UN said.”

“A video of police officers yelling racist and homophobic comments while on patrol in Anderlecht has had a damaging impact on the image of the police in general, according to a new complaint filed against the officers by the Brussels Midi police zone.”

What are the real reasons behind Bosnia’s migrant crisis?, Euronews, 20 January 2021

“On the face of it, the pictures before Christmas of people freezing in snow-covered makeshift tents near the Bosnia-Croatia border was, for many, just another all-too-familiar tale of woe for EU-bound migrants. But, delve a little deeper, and what emerges is a far more complex story…On a freezing January morning, Euronews meets a young mother pushing her baby along the road that leads to the EU frontier. It had just begun to snow.”

“After the great movement of refugees in 2015, EU countries such as Hungary effectively closed their borders, which is why, since then, more people have been trying to enter the EU via Bosnia-Herzegovina.”

“Mr Macron has now promised to launch a “citizens’ consultation” on discrimination. In February he will also set up a permanent anti-discrimination platform—online and via telephone and chat—to register and respond to complaints. The idea is to raise awareness of discrimination, and supply tools to fight it.”

“During this period, party officials suggested shooting migrants at the German border and revived race-based politics using dog whistle terms like “Völkisch” that were popular in the Nazi era.”

Is the far-right gaining popularity in Portugal?, Euronews, 21 January 2021

“The campaign has also been marked by a new right-wing, anti-establishment party called Chega! who is fighting for the political stage and aiming to take votes away from incumbent President, Marcelo Rebelo de Sousa...Right-wing political parties from other countries have shown their support to Chega! France’s Marine Le Pen even went to Lisbon to support Ventura.”