The newspaper article that I found distressing this week is The Canary’s:”We need to grieve all women murdered by men. Not just those deemed worthy by the mainstream media”.

There are also three new reports that may be of interest to you this week. The SHF Race Report by The Stuart Hall Foundation, the Social Market Foundation’s Graduates Outcomes in London and the Council of Europe’s anti-racism commission (ECRI) 2020 annual report published today.

This year’s World Day Against Racism is this Sunday 21st March. The ITUC has compiled a physically-distanced solidarity events list here.

I have also created a new page on my website where I will post time-limited links to “videos”, i.e. films, documentaries, online events, digital lectures etc. that e-mail subscribers won’t necessarily see on my newsletters, so I hope you will find a few minutes to go to “blackeuroperesources.com” every week!

Your comments on my blogposts and how to improve the website are always welcomed.

Thanks for retweeting or ‘liking’ my posts on WordPress or Twitter.

We need to grieve all women murdered by men. Not just those deemed worthy by the mainstream media, The Canary, 17 March 2021

“Sadly, Sarah’s death is a stark reminder that not only do we live in a misogynist society, but that we also live in a white supremacist one. You see, Bibaa, Nicole, Wenjing, Geetika, and Blessing were Women of Colour. It’s perhaps no surprise, then, that mainstream media coverage didn’t get to anywhere near the same levels.”

Julie Burchill abused me for being Muslim – yet she was cast as the victim, The Guardian, 16 March 2021

“The columnist has apologised for her Islamophobic insults, but the response at the time shows the issue goes way beyond her”

“French satirical magazine Charlie Hebdo has prompted outrage after releasing a cartoon depicting the UK’s Queen Elizabeth kneeling on the neck of Meghan, the Duchess of Sussex, invoking the death of George Floyd.”

BBC Asian Network announce a year of celebration for Bangladesh at 50, BizAsia, 17 March 2021

“From Monday 22nd March, BBC Asian Network will begin a year of celebrations across radio and TV to mark Bangladesh’s 50th year of independence.”

“Audiobooks are becoming a firm favourite in the literary landscape. What exactly is making them so addictive?”

“Exclusive: pioneering surveys aim to use data to drive ‘positive and lasting change’ in arts sector”

“In the report, the 72-year-old writes: “I asked my trustees how many theatricals had taken up the foundation’s offer to administer, for free, a scholarship in the name of anyone who wanted to fund one.”I was flabbergasted that the answer was precisely zero.””

Meet Ife Thompson, The Campaigner Taking Black History Into Schools, Each Other, 9 March 2021

“Born and raised in Brixton, south London, Ife Thompson is a campaigner, who co-founded BLAM UK, a non-profit organisation that runs workshops on Black history in schools and provides free therapy sessions. In this interview, we learn more about Thompson’s work, and the people who inspire her.”

The reality of school uniform costs, The Children’s Society, 5 February 2021

“We know from speaking to young people that issues with school uniform can get in the way of a child enjoying school.  This is particularly the case for children from low-income families. That’s why we’re campaigning to cut the cost of uniforms.”

The world’s richest countries are hoarding vaccines. This is morally indefensible, The Guardian, 17 March 2021

“Why does South Africa pay twice as much for vaccines as European countries? Why has Africa – home to 1.3bn people – been allocated just 300m doses?”

“No patient should be disadvantaged because of their skin tone so we must take the opportunity to learn more about dermatology for skin of colour, writes Dr Sharon Belmo.” 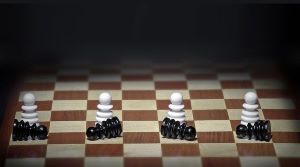 “After reading the SHF Race Report, Lola Young, Baroness Young of Hornsey OBE, said: ‘The Report does us a great service by pointing out how successive governments have failed to address racism in the systems and organisations that shape and drive public service provision. Setting up more commissions and inquiries is a distraction, a sleight of hand to divert our attention away from the reality – that politicians lack the capacity and will to transform our institutions into bodies that serve and protect all citizens.’” 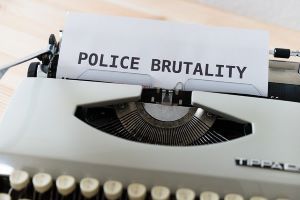 Police Violence Does Not Protect Public Health, The Tribune, 15 March 2021

“This weekend’s crackdown on the Clapham vigil was justified on the basis it was defending public health – but police violence doesn’t protect us from Covid-19, it undermines the whole pandemic response.”

“Given the Met’s brutal treatment of peaceful women, the timing of Priti Patel’s bill to boost policing of protests couldn’t be worse”

Bill that curtails ability to protest in England and Wales passes second reading, The Guardian, 17 March 2021

“And now, whether it’s Black Lives Matter or Reclaim These Streets or the school climate strikes, or if you just want to pay tribute to a woman by lighting a candle and holding a vigil, you are all now collateral in this government’s trumped-up war on woke.”

“More broadly, academics have explored the dangers of “gendered cyberhate“, misogyny, malicious trolling (and the personality-oriented characteristic of web trolls), racism on dating apps. Much has also been writing about racism, fetishisation, and algorithmic bias on dating apps in the news media. The intersection of misogyny with anti-Muslim hate and Islamophobia continues to be a critical trend in annual and research reports and case studies from Tell MAMA.”

Love Of The Game: Ricky Hill, the fourth black footballer to play for England and first ever of South Asian heritage, isn’t done fighting against racism as Luton Town legend pushes for equality in management, Talk Sport, 17 March 2021

“Book ‘Love of the Game: The Man Who Brought the Rooney Rule to the UK’ is available now. You can buy a copy here.”

“Beno Obano believes the diversity of race and class evident in the current England team is helping to challenge rugby’s “huge image problem”. Obano’s documentary ‘Everybody’s Game’, which examines inclusivity in the sport, has gained traction since becoming available last November and a ‘clean’ version is now being distributed to schools by the Rugby Football Union.”

“French World Cup winner Lilian Thuram experienced racism when growing up and has seen his son Marcus deal with it in the Bundesliga. But the former defender believes that education is the only way to improve things.”

“Racism is the subject of the latest Table Talk documentary presented by Euroleague Basketball. The hard-hitting and thought-provoking documentary was produced in support of Not in Our World, Euroleague Basketball’s joint awareness campaign with the EuroLeague Players’ Association. It uncovers the prejudices and discrimination faced by black basketball players as they attempt to build their careers, and also considers the wider social implications of this urgent issue.”

News of the European Commission against Racism and Intolerance (ECRI), Council of Europe, 18 March 2021

“The impasse over the Xinjiang trip comes as EU countries prepare to impose their first-ever sanctions on China since the Tiananmen Square massacre in 1989. The visa-bans and asset-freezes on four Chinese officials and one entity, to be agreed next week, are tied to Uighur abuses.”

“It is easy to shrug off the Duchess of Sussex, Meghan Markle’s revelations alleging racism in and around Britain’s royal family as just another celebrity-triggered tsunami in a tea cup…”

“Browse the websites of the climate and environmental NGOs in Brussels and you’ll see they’re overwhelmingly white. The green movement, which is playing an increasingly important role in the context of the European Green Deal, does not represent the EU population fairly, nor the people who are mostly affected by the climate crisis.” #GreenBrusselsSoWhite

Denmark will limit the number of ‘non-Western’ residents in neighbourhoods to 30%, Worldnews, 17 March 2021

“In the bill – a review of existing legislation on combating parallel societies – the interior ministry proposed that the share of residents of ‘non-Western’ origin in each neighbourhood be limited to a maximum of 30 percent within 10 years.”

“When I was locked down in Europe last year due to the COVID-19 pandemic, I watched the BBC, “Migrant Ghetto,” a documentary about racism in Denmark…”

“France has long defended the purity of its language with an official list of permitted words, but the launch of a new online dictionary with state support on Tuesday underlines how attitudes have shifted…Bernard Cerquiglini, who was asked to lead the dictionary project, told the magazine Express that the dictionary aimed to bring together online resources from Africa, Belgium, Quebec and others.”

It took a woman from the French Antilles to shake up champagne making in France, RFI, 12 March 2021

“Since Marie-Inès Romelle entered France’s traditionally ‘white’ world of champagne producers, her champagne with a tropical twist has been attracting new clients, much to the dismay of many conservatives.”

“One of the greatest failings of Irish national commercial radio stations is their unwillingness to serve and represent women, 51% of the population, and to recognise Ireland’s diverse modern society. Why exclude more than half your potential listenership?”

“Bannon, a Catholic, was helping to craft the curriculum for leadership courses aimed at rightwing Catholic activists at what was to be the Academy for the Judeo-Christian West in the town of Trisulti.”

“Simons, a former television presenter who is arguably the country’s best-known Black woman, leads a small party that wants to put ending racial inequality front and center on the political stage before and after this week’s election.”