If you have not heard of the controversial Sewell Report – the report of the Commission on Race and Ethnic Disparities in the UK – please just click here to access it.

In case you don’t know (especially those of you who don’t live in the UK), please be aware that Boris Johnson has been asked to reject this “disingenuous” report.

Please scroll down and just click on the title to access the full version of the news stories you wish to read, thank you. 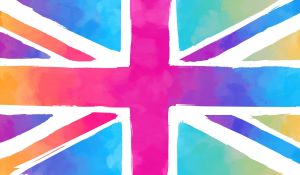 “The one-hour ITV film will ask “a year on, what has really changed” in the UK.”

Reuters newsroom diversity editor: Leadership must change if we are to be global success, Press Gazette, 7 April 2021

“The full program will be announced May 11. This year’s festival, a hybrid edition, takes place June 4-13.”

The media diversity and inclusion paradox: there is a disconnect between expressed commitments to diversity and the experiences of journalists of colour, LSE British Politics and Policy, 1 April 2021

“…the likelihood of journalism students being employed as a journalist six months after graduation indicate that white students have a 26% chance, while black students only have an 8% chance.”

“The figure rises to more than half for those who said they work in the tabloids (55%) and broadsheet (53%) press, and as high as three in five (59%) for broadcast media, the survey data shows.”

Time for straight talking on racism in the workplace, Herald Scotland, 29 March 2021

“The findings build upon separate research earlier this year from the TUC, which showed that the unemployment rate for ethnic minorities has increased at more than twice that of white workers during the pandemic…”

The median private pension value was £80,000 for white British groups but less than a meagre £5,000 for Bangladeshi, Black African, Chinese and any other minority ethnic groups.

“Search for an academy trust to see how many racist incidents were recorded in the last five years, and how many pupils were excluded for racism. According to freedom of information responses sent to the Guardian”

Yes, there is structural racism in the UK – COVID-19 outcomes prove it, The Conversation, 6 April 2021

“There is also evidence to show the cumulative experiences of racism and discrimination have themselves been associated with outcomes such as hypertension, coronary artery disease and asthma.”

Cognitive behavioural therapy: we discovered a data gap on its effectiveness for different ethnic groups, The Conversation, 6 April 2021

“People from different ethnic backgrounds may also have certain cultures, religions, and social norms that may influence whether they seek help for health problems.”

Structural racism is a fundamental cause and driver of ethnic disparities in health, BMJ Opinion, 31 March 2021

“That structural racism is an important factor in ethnic disparities in health will not come as a surprise to anyone who has looked at the evidence. .”

“Six per cent of 17,200 respondents reported vaccine hesitancy between February 17 to March 14 – down from 9% of respondents during the previous data collection period.”

Lenny Henry tells black Britons: get Covid jab to avoid being left behind, The Guardian, 30 March 2021

Government urged to consult on a national ‘right to food’ in England, Local Gov, 7 April 2021

“’The Government must now learn lessons from the pandemic, using the teething problems it encountered in distributing food to ensure that, in ‘normal times’, disadvantaged groups- such as those without internet access- do not slip between the cracks.’ A new report from the Environment, Food and Rural Affairs Select Committee…”

Why domestic abuse is such a difficult subject for churches, The Conversation, 6 April 2021

“So women fear that secular support agencies will not understand their religious practices and avoid them. This means they stay in abusive relationships for longer. I helped the BCDAF create a toolkit that includes bible stories, verses and case studies relevant to the cultural contexts of Black majority churches.”

“The UK Conservative Party’s internal investigation into racism in its ranks finished up to two months ago, The Independent newspaper has revealed, but its leaders have yet to announce when it will be published.”

Asian Londoner says ‘enough is enough’ after 2 racist attacks in a week, My London, 1 April 2021

Asians in the capital discuss ‘deep rooted’ racism and why the real figure on hate crimes is ‘actually worse’.

It’s unclear whether this statistic is reliable because the Home Office has not published any details behind how it was calculated.

“They are asking for solidarity against Anti-Asian racism and for society to take the differences and nuances of East and Southeast Asian lived experiences seriously.”

“Muslims make up 4.8% of the British population. Black Muslims constitute about 10% of British Muslims and face the combined challenges of racism and Islamophobia…”

“The New Plan for Immigration policy paper sets out the government’s intentions to build a fair but firm asylum and illegal migration system. This consultation closes at 11:45pm on 6 May 2021”

“The judiciary is 20 years behind the Met Police in accepting it is institutionally racist. That is the damning accusation from named and anonymous south Asian, black and white judges.”

Met police criticised for arrest of two observers at ‘kill the bill’ protest, The Guardian, 4 April 2021

“Benjamin Hannam, 22, is the first British police officer to be convicted of a terrorism offense, according to the local news media. He joined the neo-Nazi group National Action in 2016 and became a police officer in 2018.”

“THE City of London Police may soon be recruiting at least 40 per cent of BAME officers to ensure that the force is representative of the community it serves.”

International Roma Day: Will Europe’s 12 million Roma be the last to get a COVID-19 vaccine? , Euronews, 8 April 2021

“ “Many are marginalised, uncounted or undocumented. This is due to many reasons, including endemic racism, school segregation, negative representation in the media and the physical violence they have suffered for centuries,” Jovanovic said.”

“The European Commission has launched a consultation to improve the protection of workers on digital platforms, inviting trade unions and employers’ organisations to find agreement. If they can’t, the Commission will draw up legislation by the end of 2021.”

Racism kills in Europe too. The Parliament Magazine, 1 April 2021

“Urgently needed measures do not only concern the development of laws and policies, but also sanctioning Member States for seriously breaching the rule of law, democracy and fundamental rights. Hate crime and hate speech must also be added to the list of EU crimes under Article 83(1) of the Treaty on the Functioning of the European Union. Hate crime and hate speech should be prosecuted and the mechanisms to report hate speech directed at certain groups should be facilitated…”

“People of colour in Europe continue to die prematurely due to racist structures within the state and society. Whether it is police violence, lack of adequate protection against COVID-19, or the EU’s migration policies, racism can kill in many different ways.”

“The report mentions “the increase of anti-Asian racism” in France in 2020, Chhiv said, a phenomenon borne out by the “exponential rise” of reports of discrimination her organisation has received since the end of January 2020.”

Building a Mosque in France, Never Easy, May Get Even Harder, The New York Times, 31 March 2021

“The French actress Aïssa Maïga created a book about the lack of Black representation in French cinema and television, “Black is not my profession”. She also spoke out about the subject on stage at France’s biggest film awards ceremony. She stood on the steps of the Cannes Film Festival in front of the whole world and denounced the discrimination Black women face in the film industry. She now speaks to Eve Jackson about her powerful documentary film “Regard Noir” (Black Gaze).”

“By May 4, the far-right party Vox might have a seat at the table to govern the region of the capital of Spain. Vox, whose rhetoric is chauvinistic, Eurosceptic and xenophobic, has been gaining ground in Spain since 2018. Now, nearly five decades after Franco’s death, the far right could return to power in Spain.”

“It is like starting a discussion about equal pay by insisting that we acknowledge that women are a fiscal burden on men because women pay less in taxes – and that trying to diminish or hide this “fact” only plays into the hands of the sexists.”

“In its annual report, Amnesty International said global inequalities had been amplified by the coronavirus pandemic and denounced richer countries for hoarding COVID-19 vaccines. Wealthy countries are failing a “rudimentary” test of global solidarity…”

The links and listings included here are provided only for information, not necessarily endorsement. If you have received this resource by email, it is for the exclusive use of the intended recipient(s). If you wish to recommend this blogpost, please use the web address (URL) that you will find at the bottom of each post or see the T&C and Privacy Policy.

Blackeuroperesources.com is a Digital Resource on Black, Asian and Minority Ethnic issues edited by Thushari Perera / Contact me/ Twitter@Blackeresources/ Become a Donor or Sponsor to support the continuation of the Digital Resource / T&C & Privacy Policy