Hope you enjoy reading this free newsletter! If you have any comments, kindly let me know.

I found the article that I would recommend you read this week in the Conversation. It’s Intellectual property and Covid-19: how can we accelerate vaccination globally?.

The other news article that I find interesting is in the “Wider Europe” section, it’s “Structural racism and vaccine access: The German data gap” by Deutsche Welle.

Please scroll down and just click on the title to access the full version of the news stories you wish to read, thank you.

“Actress Parminder Nagra, who found fame in 2002 film Bend It Like Beckham, has said she was once told “brown people don’t sell” by a TV producer.”

“…the latest survey found that 27% of respondents from ethnic minority backgrounds believe their job is likely to be made obsolete within five years, compared to 18% of white employees.  Nearly half ethnic minority of workers said they lack access to technology, which in turn limits their opportunity to learn new skills, compared with one-third of white employees who responded in the same way…” 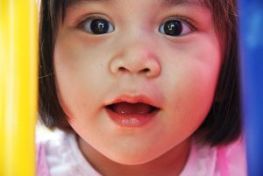 “Anti-racism and inclusion guidance specifically for early years settings has been launched with the aim of supporting practitioners to nurture open and inclusive attitudes in young children. Download the guide here”

Pupils called the n-word and their headscarves pulled off – the racist abuse uncovered in Wales’ schools, Wales Online, 29 April 2021

“Pupils said their schools are failing to deal effectively with racism, according to a report by Race Alliance Wales”

“This is the question asked by BBC reporter Linda Adey in a new BBC Three documentary set to air on Wednesday 28th April. In Is Uni Racist? Adey investigates the experience of Black and ethnic minority students at British universities and examines what happens when victims of racist abuse at university want to complain.” 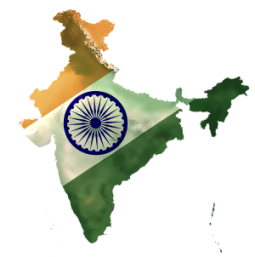 “THE British Asian Trust (BAT) and the Bochasanwasi Shri Akshar Purushottam Swaminarayan Santha (BAPS) are just two organisations among several that are raising funds to help Covid-stricken patients in the subcontinent.”

COVID vaccine weekly: India’s crisis deepens, but vaccine sharing is yet to materialise, The Conversation, 29 April 2021

“As India faces this crisis, countries around the world are donating supplies and money. However, donations of vaccines to India have been less forthcoming, despite calls for countries with high vaccination rates to share their supplies. Foreign Office minister Nigel Adams has said the UK will only do so when it has a surplus of vaccines.”

Intellectual property and Covid-19: how can we accelerate vaccination globally?, The Conversation, 25 April 2021

“…A more controversial move was initiated in October 2020 by South Africa and India, which filed a request with the World Trade Organisation (WTO) for a temporary waiver of intellectual property rights relating to Covid-19, particularly patents. Supported by some 100 countries, the request aims to accelerate the production of vaccines, as well as treatments and diagnostics, for the developing world. This initiative has met with opposition from the pharmaceutical industry…” 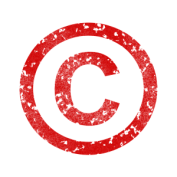 “In an article published in Science, de Oliveira and colleagues pointed out another issue with using locations for labels: a new variant that’s initially detected in a particular country didn’t necessarily emerge there.”

“I was 48 years old at the time. I was not overweight. I have never smoked. I had none of the usual risk factors for cardiovascular disease. So they really didn’t believe me when I told them I was having a heart attack,” she explains.

“The research, from the team at Tommy’s baby loss charity, was published in The Lancet and analysed data from 4.6 million pregnancies in seven different countries in order to reach the conclusion.”

“In the UK, illegal levels of air pollution disproportionately affect racially marginalised communities, while the country is exporting its plastic pollution problem to poorer countries rather than tackling it domestically.”

“We went to Normanton Road – a busy and diverse street that cuts through some of the city’s most deprived areas – to ask people what matters to them.”

How UK banks are fuelling the climate crisis in numbers, The Independent, 26 April 2021

“While some banks have begun to set policies aimed at reducing the climate impact of their financial activities, recent figures show that the biggest high street lenders are still providing hundreds of billions in support for coal, oil and gas projects – many of which have devastating impact for local communities and ecosystems.” 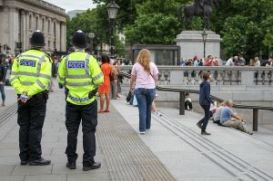 “PC Benjamin Hannam, from north London, is the first police officer to be convicted of involvement in far-right terrorism.”

“The Bristolian told The Canary about suffering two years of racial harassment and intimidation from her neighbours, including mocking her, placing objects with subliminally racist messages outside their house, and making monkey noises at her. She is a mixed-race woman who’s experienced racist abuse in the past. She lives in Brislington, a predominantly white suburb of Bristol with a history of race hate crimes and attacks.”

“PC Deniz Jaffer, 47, and PC Jamie Lewis, 32, have been charged with misconduct in public office in connection with photographs taken and circulated in relation to a murder crime scene, the CPS says.”

“The 55-page report said that ‘cultural sensitivity’ can be used as an excuse for treating ethnic minority victims and survivors differently, and that this can prevent reporting or disclosure. The report is part of the Inquiry’s ongoing work examining how organisations are failing to protect children from sexual abuse.”

Young British Indians are embracing arranged marriage – just not in the traditional sense, The Conversation, 29 April 2021

“Arranged marriages occupy an awkward place in contemporary Britain. For some, they’re equivalent to forced marriage. Others see them as a quaint custom in need of adjustment to the modern ideal of western-style “love marriages”. However, my decade-long research with British Indians paints a rather different picture of this practice.”

Council relaunches faith school consultation after claims it is ‘the only option’ to meet need for places, Politics.co.uk, 28 April 2021

“It is utterly wrong that faith schools are increasingly likely to be imposed on local areas where the vast majority would prefer inclusive, community ethos schools merely because of an anomaly in the funding system, particularly as the religious groups benefiting from them rarely pick up the tab. We urge the Government to review this situation to make sure that all new state-funded school places are open and suitable for everyone regardless of background.’”

Charles tells of sorrow at India Covid crisis as he urges people to back appeal, The Evening Standard, 28 April 2021

“The British Asian Trust, which the Prince of Wales founded in 2007, has launched its Oxygen For India emergency campaign.”

‘Run with it – it’s worth it’: How Hamza Choudhury is helping inspire British Asians into football, The Independent, 29 April 2021

“The Independent’s Vithushan Ehantharajah has helped produce a new comic book charting the rise of the Leicester midfielder, one of the very few British Asian professional footballers”

“They have today announced a new partnership with the Association for Black and Minority Ethnic Engineers UK (AFBE-UK) which will form part of their Accelerate 25 programme…Figures from the Royal Academy of Engineering show that whilst 27% of engineering graduates are from black and minority ethnic backgrounds only 8% of UK engineers are from the same group.”

Social media boycott over racism could be debated in the House of Commons, Border Counties Advertizer, 28 April 2021

“As many as 41 per cent of ethnically diverse fans, who responded to the survey, shared this opinion and 42 per cent of respondents said that they do not feel their culture is represented in sporting icons. The survey, carried out by the London Lions basketball team and shared exclusively with Sky Sports News, obtained the views of 2,000 sports fans from different age groups and backgrounds.”

“The French government is ramping up measures against migrants and Muslims—just as far right forces threaten a coup. A new bill, presented in a cabinet meeting this week, will see even more crackdowns and greater police powers. It will enable far greater monitoring of phones, web addresses and instant messaging.”

“A group of French soldiers, including semi-retired officers and generals, are facing forced retirement and disciplinary action after signing an open letter warning France is heading towards civil war. Initiated by retired generals, some with ties to the hard-right, the letter garnered several thousand signatures from military personnel. But fears of rebellion within the armed forces appear misplaced.”

In France, Chauvin Conviction Has Not Brought Comfort, Voice of America, 29 April 2021

What’s behind the housing crisis for asylum seekers in France?, New Humanitarian, 27 April 2021

“Despite authorities in France being legally required to provide housing to asylum seekers, Hussain spent over a year sleeping rough in the streets of Paris after he submitted his application for international protection.”

“In the UK and the US, white people are being vaccinated more quickly than others. It might well be the same in Germany ― but statistics based on ethnicity are not collected here. Is it time to close the data gap?”

“…the 2019 annual report from the Federal Anti-Discrimination Agency (ADS), which show that the number of similar cases reported increased by almost 10% to 1,176. The number represents 33% of the cases that the agency tackled.”

“The disclosures are likely to alarm the European commission, which recently initiated the opening steps of potential legal proceedings against Malta over its sale of golden passports. The commission has accused Malta of selling citizenship – which enables full access to the EU – to individuals with little or no connection to the country.”

The links and listings included he re are provided only for information, not necessarily endorsement. If you have received this information by email, it is for the exclusive use of the intended recipient(s). If you wish to recommend this blogpost, please use the relevant web address (URL) that you will find at the bottom of each post. Further details can be found in the T&C and Privacy Policy.

Blackeuroperesources.com is a Digital Resource on Black, Asian and Minority Ethnic issues edited by Thushari Perera / Contact me / Twitter@Blackeresources / Become a Donor or Sponsor to support the continuation of the Digital Resource / T&C & Privacy Policy