Welcome back to the Black & Asian Heritage Mix’ newsletter! This month, I invite you, as usual, to explore a selection of news stories on museums, archives, libraries, parks etc.

As you may already know, “South Asian Heritage Month” runs from 18th July to 17th August every year. It is an initiative that started in 2020 and you can find out more about it via Southasianheritage.org.uk.

The article I would recommend reading is “Freedom of speech? Not these days, if you’re an artist in Britain” by Rhiannon Lucy Cosslett published in The Guardian. The related Art Review article “Tories censor artist’s anti-nuclear garden” offers useful photos of the art installation “An English Garden” by Australian artist Gabriella Hirst. The artist said that the garden ‘reflects Britain’s historical and ongoing identity as a colonial nuclear state’.

Please scroll down and just click on the title to access the full version of the article you wish to read, thank you.

“South Asian Heritage Month runs from 18th July to 17th August every year. It seeks to raise the profile of British South Asian heritage and history in the UK through education, arts, culture and commemoration, with the goal of helping people to better understand the diversity of present-day Britain and improve social cohesion across the country.”

What historical ties do the Royal Family have to the slave trade?, Yahoo.com, 19 July 2021

“The Royal Family are historically linked with the slave trade around the world, and have been accused of continuing to benefit from it despite its abolition hundreds of years ago…The UK government does not currently have a policy of paying reparations.”

“Historically, some of the ingredients used to make these ‘local’ products were gained through the triangular slave trade”

“Opinion is even divided within Jamaica, as to whether it is a good idea to pay it and if it was paid, who will it be paid to..?”

“The BBC today announces Back In Time For Birmingham, BBC Two’s popular living history series, which will follow a modern-day family of South Asian Brits Back In Time to experience what life in the city would have been like for previous generations.”

The Board Games That Ask You to Reenact Colonialism, The Atlantic, 22 July 2021

“A newish wave of sophisticated, adult board games have made exploitation part of their game mechanics. A reckoning is coming.”

New indie board games build worlds without capitalism or colonialism, The Conversation, 3 May 2021

“Thinking through alternatives to life under capitalism, the vestiges of colonialism or the catastrophic impacts of climate change is hard but necessary work. But could it also be play?”

Secrets of rebel slaves in Barbados will finally be revealed, The Observer, 18 July 2021

“British Library releases vast trove of digitised 19th-century newspapers to bring stories of fugitives to life…Agents of Enslavement, a collaboration between the Barbados Department of Archives and the British Library, launches on Tuesday, making thousands of pages available to researchers and amateur historians to create a new resource for people in Barbados and Britain to find out about their ancestors. The newspapers themselves remain in Barbados but have been digitised using a grant from the Endangered Archives Programme (EAP).”

“The bill was tabled in parliament in February and is expected to be passed in the current session that runs until August 31. Privacy advocates say the data can be misused for caste-based or community profiling in a country where minority groups are disproportionately criminalised, and that privacy violations are also likely as there is no law to protect personal data.”

‘A lasting legacy of tolerance’: Marcus Rashford messages to be preserved, The Guardian, 21 July 2021

“Notes left on defaced Manchester mural will be removed to protect from rain, amid plans for digital exhibition” 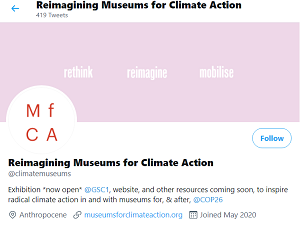 “A new exhibition at the Glasgow Science Centre presents creative ideas about how museums and galleries might address the challenges of the climate emergency.”

“Kal Karim is one of the tour guides who explained that while the building that features Islamic principles and features in its design it also shows off the community’s Britishness as well. “We also wanted to be responsible environmentally as well, so have Europe’s first eco-friendly mosque. So there’s lots of technology that reduces our carbon footprint, as well as having aesthetics and the beauty from the traditional design,” he said.”

“Designs have been unveiled for the government’s monument to the Windrush Generation, which is due to be placed at Waterloo station in London next year… The winner of this important celebration of the Caribbean contribution to Britain will be announced in Black History Month – October 2021. Remember to make your comments by 25 August.”

“Discover a few of the stories and spaces associated with Dundee’s South Asian community and their bustling buildings of religion, heritage and history.”

“The memorial to Benjamin Hermansen, a Ghanaian boy stabbed in 2001 by neo-Nazis, has been tagged with the text “Breivik was right” in the Oslo district of Holmlia. The Oslo Police believe it is serious as it comes 10 years after the mass shooting on the island Utøya that left 77 dead, the bloodiest peacetime killing in Norway, and have opened an investigation into the case.”

Freedom of speech? Not these days, if you’re an artist in Britain, The Guardian, 20 July 2021

“…while everyone was busy guarding the statue of Winston Churchill, a separate agenda was cranking into gear about other works of art. As Meade wrote in the aftermath of the police raid, historical statues are protected by laws that give offenders up to 10 years in prison, but if the artwork is deemed subversive, “the full muscle of the state comes knocking”.”

“Teresa Margolles’ artwork 850 Improntas has been chosen alongside a sculpture by fellow artist Samson Kambalu to be displayed on the plinth in central London… Kambalu’s work, Antelope, carries an anti-colonialism message… Reverend Chilembwe has his hat on, defying the colonial rule that forbade Africans from wearing hats in front of white people.”

“Creative agency Something and nonprofit organisation Where are the Black Designers? have created a web browser plugin that exhibits the work of Black creatives every time a new tab is opened.” 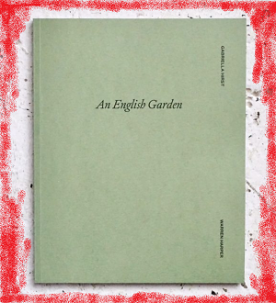 “An English Garden by Australian artist Gabriella Hirst was installed in a park in the seaside town of Southend, planted with ‘Atom Bomb’ roses. A plaque noted that Britain’s first nuclear weapon was assembled close by in 1952, but that it was then shipped to indigenous territory in Australia for testing. The garden, the artist wrote, ‘reflects Britain’s historical and ongoing identity as a colonial nuclear state’.” 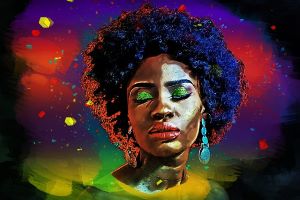 “Subrang Arts in collaboration with Brent Museum and Archives presents a multi-dimensional exhibition, with items on loan from the British Museum. This project highlights the influences of the Gujarati diaspora in the UK focussing on the London Borough of Brent and is supported by a series of informative and interactive events.”

Blackeuroperesources.com is a Digital Resource on Black, Asian and Minority Ethnic issues edited by Thushari Perera / Contact me / Twitter @Blackeresources / Become a Donor or Sponsor to support the continuation of the Digital Resource / T&C & Privacy Policy