Welcome back to the Black & Asian Heritage Mix’ Newsletter!

A key report to read this month is the University of Cambridge’s response to the legacies of enslavement inquiry. Interestingly, the University says that “it will now begin to implement the report’s recommendations by creating a Cambridge Legacies of Enslavement Fund which will be put towards research, community engagement and partnership activities.” Although they say they want to increase the number of Black students and staff who are currently underrepresented, they do not provide any numerical targets.

The Court of Appeal Ruling on the Colston 4 Case is also “disappointing”. As an activist pertinently asked, “What I would like to know is why our government continues to spend time and tax payers’ money on defending a memorial of a slave trader via this appeal case and the introduction of a maximum sentence of ten years for damaging a statue (via the Police, Crime, Sentencing & Courts Bill) when there are so many more pressing issues at hand.”

It is also reported that some academics now want to remove the plaque which explained Henry Dundas’ role in delaying the abolition of the Atlantic slave trade.

To receive this newsletter by e-mail just go to BLACK EUROPE RESOURCES and sign up!

Please scroll down and just click on the title to access the full version of the resource you wish to read, thank you. 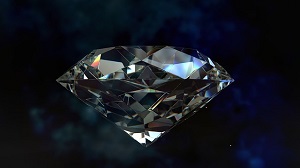 Ghosts of Empire: what Kwasi Kwarteng’s book tells us about him, The Guardian, 30 August 2022

“In his book, Kwarteng rejects any attempt to portray the British empire as an enlightened liberal force promoting democracy around the world. “Far from being harbingers of liberal pluralism, the servants of empire were naturally at home with the idea of human inequality, with notions of hierarchy and status.””

“‘Levelling Up’ and popular militarism are two ways of mobilising spatial divisions to secure consent for right-wing populism.”

“A mirror to Wales’ debate about Lieutenant-General Sir Thomas Picton is developing in New Zealand as the town of Picton, named after the colonial overlord, mulls changing its own name. Picton in New Zealand was called Te Weranga o Waitohi in Māori before colonial settlers changed the name to Picton, despite him never setting foot there.”

“… Black Oot Here includes accounts of life in Scotland by many different Black people, and not only public figures or individuals with institutional affiliations. We bring together interviews, survey responses, photography and analysis of media and archived material as part of how we reflect on Black Scottish history, while carefully considering the future that may lie ahead. The pulse of Black Scottish history is found in the present – from how people are shaping Scotland’s activist and media landscape to the way that Black creativity in Scotland is gaining global attention…” 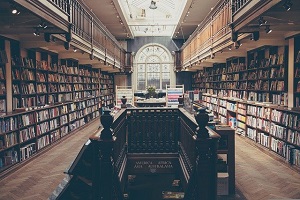 “Applications are now open for the new Miranda Kaufmann Black British History Scholarship at Gladstone’s Library for 2023, and you can apply from now until 31st October… Through the Gladstone family, the library has its own connections to Black British history and the history of enslavement, making it a peculiarly relevant place to study these subjects. Further research into the Gladstone papers, which include the correspondence and business records of Liverpool merchant Sir John Gladstone, including with his son, Prime Minister William Gladstone, should also yield new insights into the histories of Liverpool’s leading role in the trafficking of enslaved Africans, broader colonial trade, and management of estates in colonial Guyana. The papers include several lists of the names of people enslaved by John Gladstone which will be of interest to researchers trying to trace their lives.” Gladstone Library Related Link here

Announcing a change of name to the Faculty of Asian and Middle Eastern Studies, University of Oxford, 1 August 2022

“The Faculty of Oriental Studies’ name has changed to the Faculty of Asian and Middle Eastern Studies from today (1 August)… Many considered the word ‘oriental’ to be inappropriate and, while the change will not affect what the Faculty researches and teaches, it does better reflect the breadth and diversity of the academic activity in the Faculty. Along with the Faculty’s name, the Faculty’s building in Pusey Lane in Oxford will no longer be called the Oriental Institute.”

Digital Exhibition “Out of the East into the West”, The Mixed Museum

“The Mixed Museum is thrilled to announce the launch of Out of the East Into the West, our latest special exhibition exploring mixed Arab British histories in the early twentieth century. The exhibition is curated in collaboration with artist, writer and art historian Salma Ahmad Caller.” 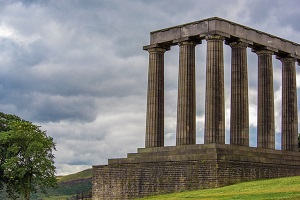 “A Bristol statue of black British playwright Alfred Fagon has been given Grade II-listed status during Black History Month. The move is to “celebrate this bust’s special architectural and historic interest” and to protect it for future generations. The Department for Digital, Culture, Media and Sport made has made additions and amendments to the National Heritage List on the advice of Historic England.”

“…Former attorney general Suella Braverman, who is now the home secretary, referred the case to the Court of Appeal after the four who stood trial for toppling Edward Colston’s statue in Bristol were acquitted in January… While the judgement can’t overturn the not guilty verdicts of Jake Skuse, Rhian Graham, Milo Ponsford and Sage Willoughby – for whom multiple defences were put forward in court – it does mean a human rights defence would not be allowed in such cases in the future.”

“The University of Geneva has decided to remove the name of “Carl Vogt”, a 19th-century naturalist accused of holding racist and sexist views, from a university building…Elsewhere in Switzerland, links to the slave trade, statues and even a mountain peak have been under the spotlight. Following political pressure, in the city of Zurich a working group is examining 26 statues, while the historian Georg Kreis is looking at “just under 40 monuments”External link.” 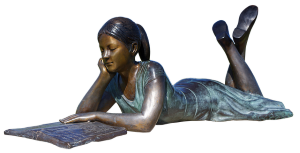 “The environment sector is one of the least ethnically diverse in the UK…While some organisations are working to address the lack of ethnic diversity, Full Colour research for Wildlife and Countryside Link (Link) shows that 84% of organisations, while willing to take action, lack direction. Only 4% of organisations have a plan and are regularly implementing it.”

“The exhibition is based on the work of thirteen community participants who undertook research, carried out the interviews and authored the book ‘I sewed, I sewed and I sewed’. The book contains the stories of more than twenty Bangladeshi women migrants who came to the UK mainly from around 1970 to 2000 and made the East End their home. It includes details of their journeys, the context of the time, and the struggles they endured and overcame in a new, strange place. Only a few people know the economic role played by Bangladeshi women in maintaining their families and putting bread (rice and curry) on the table and the sacrifices they made in the process.”

“Join Writing on the Wall and National Museums in launching the personal archive and library of activist and educator, Dorothy Kuya…Dorothy Kuya was a tireless campaigner against discrimination and racism. Born and brought up in Liverpool, she became the first Community Relations Officer on Merseyside in the 1960s, later moving to London as Head Race Equality Adviser for Haringey Council. On returning to Liverpool, Dorothy was a key figure in the community, involved in the setting up of the International Slavery Museum and playing a leading part in the Granby Residents Association…”

“Who was Lieutenant-General Sir Thomas Picton? A war hero. A cruel tyrant. A symptom of the British Empire. All of these things can be true at once and are explored in an exhibition which has been years in the making.” 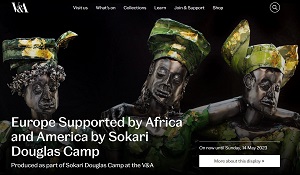 Display: Sokari Douglas Camp at the V&A South Kensington, until Sunday 14 May 2023

“British-Nigerian artist Sokari Douglas Camp focuses on socio-political issues and the history of the African Diaspora in her work. This monumental sculptural group addresses the legacies of slavery, issues of power and gender, and the climate crisis.”

“Black British Classical Foundation has announced the 12 singers selected from around the world who will be in Birmingham next month for intensive preparations for The Voice of Black Opera (VOBO) Semifinals on 24 and 25 November, 2022. Each will be vying for the chance to be one of the five who will progress to the competition Final at Birmingham Town Hall on Monday 5 December, 2022. As well as competing for coveted prizes, the dozen semifinalists chosen via video auditions open to Black and South Asian singers from Commonwealth countries, will also have opportunities to take part in professional development workshops and a masterclass.”