This November 2019 issue of the Black & Asian Heritage Mix’ Newsletter invites you to explore resources relating to the First World War and the role of its Black and Asian colonial troops. It also invites you to reflect more widely on wars, the meaning of anniversaries, and of course ‘peace’.

Do millennials know more about the First World War and its global legacy than older generations?

Image Credit: The British Empire at War via Europeana.eu

“When the great powers went to war in 1914, they didn’t start a European war, but a world war. At the start of World War One, the whole of Africa, except Ethiopia and Liberia, was under European rule, and Great Britain and France controlled the two largest colonial empires. They would draw on them extensively for both human and material sources. Even by conservative estimates, well over 4 million non-white men were mobilised into the European and American armies during the War, in both combat and non-combat roles.”

“We have marked the centenary of the war with an extensive programme, spanning a four-year period between 2014 and 2018. Find out more about our programme, which explored major anniversaries and key aspects of the war through themes (such as technology and the Middle East), special projects and partnerships.”

“The BBC presents a season of programming commemorating the centenary of World War One.”

“A Global War – A Global Project “1914-1918-online. International Encyclopedia of the First World War” is an English-language virtual reference work on the First World War. The multi-perspective, open-access knowledge base is the result of an international collaborative project involving more than 1,000 authors, editors, and partners from over fifty countries. More than 1,000 articles will be gradually published. Innovative navigation schemes based on Semantic Media Wiki technology provide nonlinear access to the encyclopedia’s content.”

“It’s 50 years since the Moon landings, 30 years since the publication of The Satanic Verses, and 200 years since the Peterloo Massacre. Turn on the radio any day of the year and it won’t be long before someone mentions an anniversary. Why are Radio 4 commissioners, news editors, book publishers and us, the audience, so obsessed with anniversaries? What impact does our preoccupation with round numbers have on the way we understand history? Historian Hannah Mawdsley wrote her thesis on the Spanish flu pandemic. It’s an area of history that felt like a footnote to the First World War – until we reached its centenary in 2018. Suddenly there was an explosion of interest in Hannah’s work. She was invited to speak on panels, to curate exhibitions and to discuss her research on the BBC. Hannah talks to fellow historians Elisabeth Shipton, Bill Niven and Chris Kempshall about the power of anniversaries and their potentially distorting impact on history. Does marking one day a year give us permission to forget difficult parts of history for the rest of the year? What about aspects of history that don’t have easily marked anniversaries? Sociologist Professor Eviatar Zerubavel explains why we’re all so drawn to pattern and repetition, and why time isn’t always linear. And a group of nine-year-olds talk about why numbers with a zero at the end are so important. And just in case you were in any doubt how much anniversaries inform the Radio 4 schedule, this is all being broadcast on the 10th anniversary of another programme on exactly the same subject.” 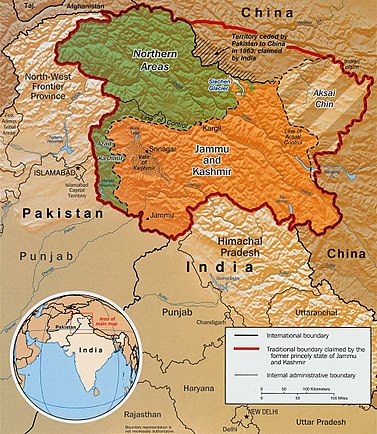 “Kashmir is a veritable militarised fortress against a backdrop of breath-taking beauty – even more so since India revoked Article 370 of its constitution in August, taking away the special status accorded to the part of Kashmir it has controlled since 1954.”

Kashmir: A metaphor of pain

Stories through paintings and poetry.

“Pain is a radical. It resists both language and silence. Away from the familiar home of language, pain lives in exile. Yet, as theorists of pain note, it also demands expression… In Koshur – the Kashmiri language – the metaphors of pain invoke sky, earth, mountains, fire, sounds, textures, smells, colours, erasure, departure, and objects like knife, axe, saw, nails. Artist Rollie Mukherjee’s work is a home to these metaphors. Through her paintings she evokes the geography, the body, the edifices of pain. Her work is not only pain in translation but the body in pain itself…”

“My Yemen is Beautiful” by Amerah Saleh

“Amerah Saleh is a spoken word artist whose Yemeni roots shape much of her work, including this poem, “My Yemen is Beautiful.” 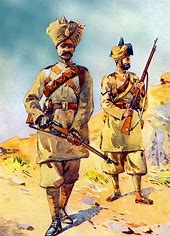 “Five short audio recordings of plays about the First World War from the perspective of people from South Asia.”

Event: This Evil Thing: The Story Of The Men Who Said No To War

“The compelling, inspiring and rarely-told story of the men who said no to war. ‘For God’s sake, this protest of yours – is it really worth losing your lives over?’

1916: Bert Brocklesby is a schoolteacher and preacher at his Methodist chapel; Bertrand Russell is one of the greatest philosophers of his time. With the advent of military conscription their worlds are turned upside down. Award-winning actor Michael Mears portrays a gallery of characters with breath-taking physical and vocal dexterity, on a gripping journey from a chapel in Yorkshire to the House of Commons; from an English country garden to a quarry in Aberdeen; from a cell in Richmond Castle to a firing squad in France. Partly using verbatim testimonies from the time of the First World War, THIS EVIL THING was acclaimed at the Edinburgh Festival in 2016, since when it has been seen in over 100 performances in many parts of the UK as well as in the USA. With military conscription still in force in many countries today, the questions posed by THIS EVIL THING are as relevant and urgent as they were one hundred years ago.”

Yemen: Inside a Crisis (IWM North) 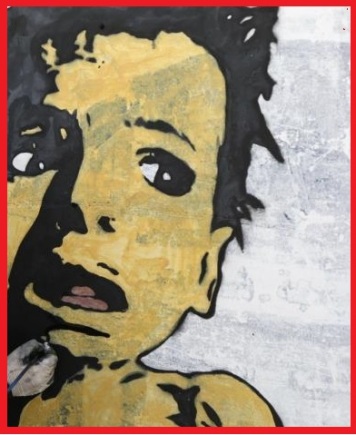 “Described by the UN as the “world’s worst” humanitarian crisis, the on-going conflict in Yemen has left an estimated 80% of the country’s men, women and children in desperate need of assistance; but how has this man-made crisis affected the people of Yemen? At the forefront of a major season of programming at IWM North, Yemen: Inside a Crisis is the UK’s first exhibition to address Yemen’s on-going conflict and humanitarian crisis. Showcasing around 50 objects and photographs, many of which have been exclusively sourced from Yemen for this exhibition.” 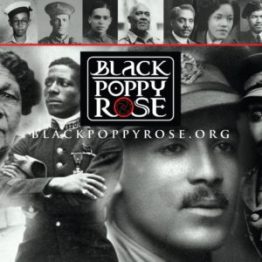 “In the weeks leading up to Remembrance Day, the Black Poppy is worn to recognise the contributions of Pan-Africans in the Commonwealth during the World Wars. Join us as we uncover the contributions of troops from the African continent and the Caribbean Islands. You will hear the stories of how the Black Commonwealth answered the call to aid and protect Great Britain.”

Panellists include: Amina Mahmood Mir is a doctoral researcher at the University of Westminster in London. She is currently analyzing how politics works at various levels among the self-determination groups across all the regions involved in the Kashmir conflict. She has been trying to understand the Kashmir conflict for the last ten years. Her ancestral roots lie in the Kashmir Valley but she has travelled, lived and engaged with young people and scholars in both India and Pakistan-administered Jammu & Kashmir. She also advocates for awareness initiatives addressing gender equality and domestic violence in Kashmir. Mirza Saaib Beg is a Kashmiri lawyer, currently based in London. He is a graduate of NALSAR University of Law, India. He has worked with parliamentarians, judges and activists on political, economic and legal issues of Kashmir. He regularly contributes through seminars and writing aimed at dialogue on legal and political issues of Kashmir. More panellists will be announced shortly.“ 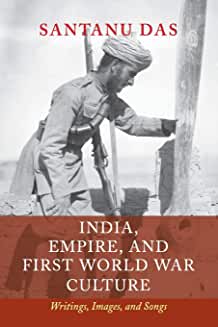 by TORCH | The Oxford Research Centre in the Humanities

“Join us for the TORCH Book at Lunchtime event on India, Empire and First World War Culture by Professor Santanu Das. The event will begin with a free lunch at 1:30pm, with the discussion 2pm-3pm.”

“Based on ten years of research, Santanu Das’s India, Empire, and First World War Culture: Writings, Images, and Songs recovers the sensuous experience of combatants, non-combatants and civilians from undivided India in the 1914–1918 conflict and their socio-cultural, visual, and literary worlds. Around 1.5 million Indians were recruited, of whom over a million served abroad. Das draws on a variety of fresh, unusual sources – objects, images, rumours, streetpamphlets, letters, diaries, sound-recordings, folksongs, testimonies, poetry, essays, and fiction – to produce the first cultural and literary history, moving from recruitment tactics in villages through sepoy traces and feelings in battlefields, hospitals, and POW camps to post-war reflections on Europe and empire. Combining archival excavation in different countries across several continents with investigative readings of Gandhi, Kipling, Iqbal, Naidu, Nazrul, Tagore, and Anand, this imaginative study opens up the worlds of sepoys and labourers, men and women, nationalists, artists, and intellectuals, trying to make sense of home and the world in times of war.”

If you wish to make a donation or become a sponsor, please see the Donors & Sponsors section of the website: https://blackeuroperesources.com/donors-sponsors/. Your support will help Black Europe Resources survive and inform public discussion through newsletters, commentary and promotions of books, publications and events, thank you.