What do you think of the “Black & Asian News”? Is it useful to you? Are there topics that you find more interesting than others? Some feedback would be greatly appreciated!

The report that I am reading is “State of Hate: Far-Right Extremism in Europe 2021” by Hope Not Hate, which includes the essay “The Far-Right Backlash Against the Black Lives Matter Movement”.

The article that surprised me this week was by the Drum: “The Big Issue on using LinkedIn to get vendors back in business”.

And what still puzzles me is explored in an interesting article by the Eastern Eye: Working mothers: ‘Pandemic pressure’ on Asian women. It is actually also about how the UK government is seen as “repeatedly failing to consider the labour market and caring inequalities faced by females.” 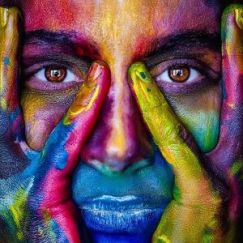 “A Radio 4 Woman’s Hour interview with a leading female Muslim was “strikingly hostile” and perpetuated “damaging and prejudicial tropes” about Islam, according to an open letter signed by more than 100 prominent figures.”

“In a sense, the continuation of stations like BBC Asian Network are almost doing more harm than good at this point. At first, they were a way for marginalised voices to have their views heard, but if all it does is segregate those voices from the wider community, then it’s time to question whether or not it’s really serving its purpose.”

“Currently, the Head of Acting at Stockholm University of the Arts, Sweden, Bushell-Mingo is an award-winning actor and director whose 40-year career has included performances with the Royal Shakespeare Company, the National Theatre and the Manchester Royal Exchange…Born in London and based in Sweden since 2005, she is an active spokesperson for inclusive arts and politics. She co-founded PUSH’s sister organisation in Sweden, TRYCK, which works to inspire and challenge the artistic and cultural representation of Afro-Swedes and African descent artists on national stages in Sweden.”

“A film that cast unknown east London schoolgirls in most of its main roles has been honoured with five prizes at the British Independent Film Awards.”

“Model Joan Smalls has teamed up with the Black In Fashion Council, Color of Change and IMG” 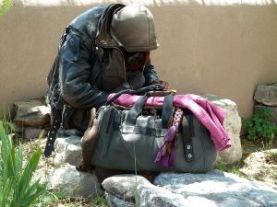 The Big Issue on using LinkedIn to get vendors back in business, The Drum, 17 February 2021

“The Big Issue has joined forces with professional networking site LinkedIn to pilot a scheme that aims to support the magazine’s network of street vendors – many of whom have struggled since losing their income and contact with their community since the start of the Covid-19 pandemic.”

Most Chocolate Companies Don’t Know Where Their Cocoa Comes From, Ecosystem Marketplace, February 2021

“African nations provide 70 percent of the raw cocoa on which the $180 billion chocolate industry depends. Don’t, however, expect most of those multi-billion-dollar candy conglomerates to tell you which farms they get their beans from — or whether they’re the product of child labor or came at the expense of precious endangered forest, more than 90 percent of which have disappeared in these two countries since the 1990s.” 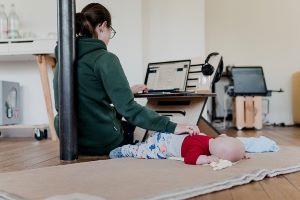 “Three women spoke to Eastern Eye on the challenges they have faced over the past 12 months, after the UK government was accused of “repeatedly failing to consider” the labour market and caring inequalities faced by females.”

Are we cherry-picking from the family tree when it comes to recruitment?, HR Magazine, 17 February 2021

“I recall having directors’ sons and daughters coming in all the time, and recruiters hiring them. It was driven by recruiters needing to find ways of whittling down 18,000-plus CVs for 400 positions, and also fear of upsetting the apple cart. “I tried to fight against it, but it happened still because there is a disconnect between who HR and who the execs see as the future of the business.” 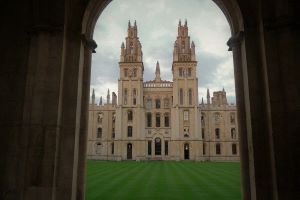 University of Glasgow to bring in ‘respect advisers’ as half of its ethnic minority students report racial harassment, The Herald Scotland, 18 February 2021

“Its own survey found that half of all ethnic minority students reported being harassed between two and five times since beginning studies.”

“Although Black, Asian and diverse ethnic students in the English system make up 30% of the student body in colleges, they only account 10% of apprenticeships at present. “We all know that apprenticeships are a route into good employment, so we need to improve this uptake by going beyond just piecemeal interventions,” argues Robin. “We’ve got to eradicate those obstacles being put in place by gatekeepers who are making it hard for young Black people to get access to apprenticeships. Those gatekeepers could be at the college level or they could be at the employer level, because they are the ones who will finally decide whether or not an apprentice is accepted.” Business leaders have a vital role to play here, agrees Stella. “We need managers to lead us to deliver this kind of deep change in the way we do things and how we work.”

St Andrews University to lead UK’s first survey on impact of Covid-19 on ethnic and religious minorities, The Courrier, 18 February 2021

“Researchers hope to learn more about issues around employment, education, health, housing and policing, as well as discrimination and racism, during the pandemic. The study will consider the full range of ethnic and religious minority groups, including Gypsy, Traveller and Roma people and Jewish communities, across Scotland, England and Wales. Researchers from Ipsos MORI will be quizzing people until May 2021. The St Andrews team will be working in partnership the Centre on the Dynamics of Ethnicity (CoDE), the University of Manchester, and the University of Sussex on the Evidence for Equality National Survey (EVENS).” 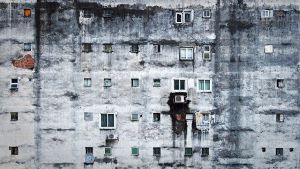 “In an open letter, former housing association chief executives and directors of housing called on the trade body to initiate a “rapid review of the advice, practice and governance of racial harassment in social housing”. The letter followed a county court judgment issued in December 2020 in which London & Quadrant (L&Q) had to pay £31,000 for misleading a black tenant regarding the anti-social behaviour record of her neighbours and failed to support her when she was racially harassed and had to flee her home.” 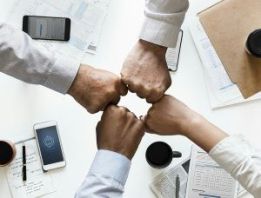 For tech companies to flourish, diversity and inclusion needs to be a board level issue, ITProPortal, 18 February 2021

“Just five percent of FTSE 350 company leaders are women, yet it’s proven that FTSE companies with no female representation at board level are ten times less profitable than those whose executive boards have women holding a third of the positions. While BAME individuals hold just 4.6 percent of the UK’s most powerful roles, with ethnic minority women being woefully underrepresented, taking up only ten of the top 1,097 roles currently in the UK.” 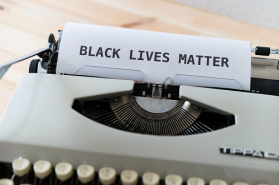 Sarfraz Manzoor: In lockdown my middle-class kids are finally getting a taste of my working-class childhood, The Evening Standard, 18 February 2021

“The lockdown has helped bridge the generation gap because my kids’ lockdown life is so eerily similar to my Luton childhood —stuck at home, unable to visit friends, not allowed to go to the cinema and forced to pass the time watching television…”

I’m a frontline domestic violence worker – the first time I refused refuge to migrants, I cried for five hours, The Independent, 15 February 2021

“…the Women’s Equality Party are calling on directly elected Mayors to veto hostile environment policies and create Sanctuary Cities for migrant survivors of abuse. This Thursday, they launched the Sanctuary City campaign, which calls on all directly elected mayors to guarantee safe accommodation, access to specialist support, legal representation…” 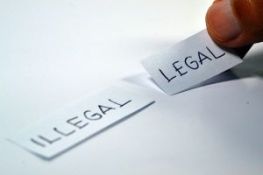 Britain’s Most Senior Black Police Officer On Racism In The Met, Refinery, 19 February 2021

“It’s important for officers to learn about the experiences of Black people, it’s about power and it can be intrusive.” Commander Dr Alison Heydari 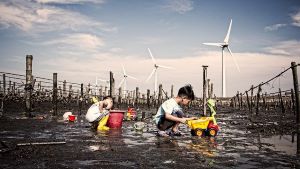 “Indian politicians and activists on Monday condemned the arrest of a 22-year-old climate campaigner accused of sedition for helping edit an online document that Sweden’s Greta Thunberg had promoted in support of farmers protesting in the country.” 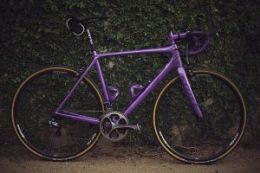 “Dr. Marlon Moncrieffe, a professor at the University of Brighton’s School of Education, has launched a new website site called antiracismcycling.com, and the site is dedicated to advancing conversations about inclusivity and overcoming bias in the sport.”

Policing in Europe: The Nexus Between Structural Racism and Surveillance Economies, LSE, 18 February 2021

“In a special long read, Esra Ozkan and Sanne Stevens, Table Co-Directors in LSE’s Justice, Equity and Technology Project, take a deep dive into the use of data-driven tools in policing across Europe, and the implications of these for injustices linked to the oppression of marginalized groups and communities.”

“The app allows users to capture either photo, video or audio and report hate crime anonymously, whether a witness or a victim”

“Paranoia about the spread of American-style wokeness shows just how central white identity remains to the establishments in both countries.”

“France has concluded bilateral agreements with various countries outside the EU, including Argentina, Canada, India, South Korea and the United States. These agreements, as with the wider EU regulations, are put in place to protect and coordinate the various social security schemes and mainly the pension entitlements of persons.”

On 19 February 2020, a man shot nine people. The families of the victims have lived with the pain and many unanswered questions ever since.

Trinity College vows to ‘face up’ to colonial past with major investigation inspired by Black Lives Matter, DublinLive, 18 February 2021

“Trinity College Dublin has announced a two-year investigation to “examine, interrogate and reflect on its complex colonial legacies”, including its past connections to the slave trade and its “historical and intellectual connections to empire”.”