Congratulations to the novelist Abdulrazak Gurnah who has been awarded the 2021 Nobel Prize in Literature. Abdulrazak Gurnah left Zanzibar (Tanzania) as a refugee in 1964 and has settled in England. No black African writer has won the prize since Wole Soyinka in 1986. Gurnah is the first Black writer to win since Toni Morrison won in 1993.

When we hear of migrant pushbacks in many European countries and elsewhere, it is difficult to deny that the world needs to read more books by Abdulrazak Gurnah. Experts say his books explore how exile, displacement and refugees are the consequence of slavery and colonialism. The #NobelPrize declared it awarded him the prize “for his uncompromising and compassionate penetration of the effects of colonialism and the fate of the refugee in the gulf between cultures and continents.”

In the UK, Home Secretary Priti Patel told her party’s conference this week that Britain had taken back control of its borders after Brexit, but even Home Office ‘insiders’ say that the Home Office is failing refugees.

It is also Black History Month in the UK in case you don’t know, and if you missed this month’s “Black & Asian Heritage Mix”, you can read it here.

To receive this newsletter by e-mail just go to BLACK EUROPE RESOURCES and sign up!

Please scroll down and just click on the title to access the full version of the resource you wish to read, thank you. 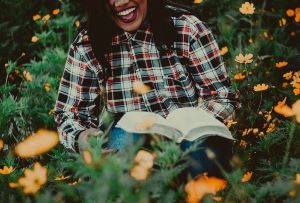 “The creative director of Leeds 2023 on seeing ‘beyond the chapati pan’ of her working-class background and how British theatre reflects diversity now.”

“After criticism of the ‘casual racism’ of a story about a Chinese boy, the publisher has taken it out of the next print run of the bestselling anthology.”

“The Portico Prize for Literature celebrates new works of northern fiction, non-fiction and poetry. This year’s longlist of 14 books explores themes of family, friendship, class, race, identity, masculinity, sexuality, the meaning of place and memories of the past.”

10 UK black-owned start-ups that should be on your radar, BusinessLive, 7 October 2021

“We take a look at some of Britain’s newest black-owned businesses – all of which are finding success amid the pandemic.”

Black History Month: black-owned companies in the South West you should know about, BusinessLive, 4 October 2021

“As part of Black History Month we are highlighting businesses from around the UK.”

Half of Black British people in UK have experienced racism on a date, WalesOnline, 28 September 2021

“As a result of these experiences, almost two thirds (65%) of Black British people say that they actively choose to go on dates at Black-owned small businesses.”

“The leader and deputy leader of the far-right organisation Britain First have agreed to pay “substantial damages” to settle a libel claim after they falsely alleged that the Halal Food Authority and its two employees were involved in funding terrorism.”

An urgent plea: Give people from underrepresented communities reasons to work in tech, ITproportal, 6 October 2021

“Our sector’s historic unwillingness to bring in prospective workers with nontraditional (non-degree) backgrounds and to hire people from underrepresented backgrounds –women, people of color, those with disabilities, and people from the LGBTQ+ community — and to ensure that they are valued members of teams, with upward workplace mobility, is leaving us exposed.”

“The number of new visas is starting to make heads spin. The government’s announcement of a route for HGV drivers and poultry workers comes hot on the heels of a new employment route for Graduates which opened in July. Next year will see at least two more new visas launched, High Potential and Business Mobility.”

It’s been over a year since workplaces made BLM pledges, but Black people’s experiences haven’t improved, The Independent, 6 October 2021

“Clearly, the way to tackle these inequalities is not through unconscious bias training.”

“Figures from the UK people profession in numbers reveal a huge lack of ethnic diversity in HR with 91% white employees and 9% BAME, compared with an 88%/12% split across the general workforce.  Furthermore, while overall, 60% of the profession is female and 40% is male, this is reversed in leadership roles, where 61% are male and 39% female. In administrative HR roles, 91% of employees are female. People with disabilities make up just 11% of HR professionals, rising to 14% in the general workforce.“ 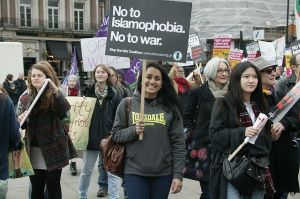 “If teachers don’t step in, pupils researching the topic themselves may fall prey to conspiracy theories.”

“David Miller loses job after investigation that divided campus, but says he will challenge decision.”

“In this article, we provide further context by showing that the gap between private school fees and state school spending per pupil has more than doubled over the last decade. Such figures will naturally feed into longstanding concerns about inequalities between private and state school pupils, such as differences in access to particular universities and occupations.” 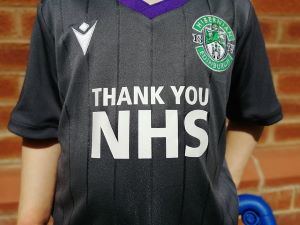 “…5.6 million people in Britain are on a list waiting for NHS treatment…While the more affluent in society can afford to make the switch to private healthcare, for the less well off it means going into debt or just having to wait…A recipient of Universal Credit, he had to borrow the £600 needed from his family…”

“Many shared their struggles of explaining to others about their disability and the attitude from others in the South Asian community. They often found their illness was shameful in some way so Sukhjeen started the #Desiabled campaign to get their voices heard.”

“Black donors are 10 times more likely to have the rare blood sub-type needed to provide the best match for sickle cell patients. While a greater number of Black people are coming forward, the NHS still needs more volunteers in order to meet demand from hospitals. Supplies are also needed for childbirth, blood cancer and a range of other medical conditions and emergencies.”

“Council funded facilities also offer people from all backgrounds the chance to access a range of free or low-cost activities in a safe and supported environment, which is vital in enabling residents living in deprived areas to be active and to level up opportunities across the country.”

“The chant, still heard among United fans to this day, includes a disparaging line about Koreans eating dog meat.”

“In Desi families, placing South Asian parents in care homes is taboo. DESIblitz investigates whether this perceptive needs to change.”

Windrush activists ‘disgusted’ after being turned away at Tory conference, The Guardian, 5 October 2021

“Anthony Brown and Julia Davidson ‘humiliated’ after being shut out despite paying £225 for full access.”

“The Coconut Dancers, who are known as the Nutters, insist blacking up is part of a clog-dancing tradition dating back more than 100 years. They also got the backing from the Lancashire BME Network who said they didn’t object to the dancers using blackface as they ‘recognise its a rich cultural tradition linked to Lancashire’.” 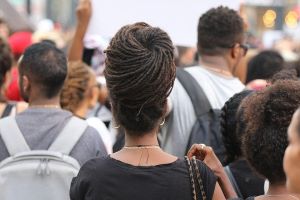 “Sabina’s death comes in the wake of the Conservative government’s report on violence against women and girls, which featured a number of recommendations including better support services for minority communities. However, many critics felt the report did not go far enough towards tackling the issue, and let down women of colour.”

‘We Want to Share Our Joy’ – The Women Behind the UK’s First ESEA Heritage Month, Vice, 27 September 2021 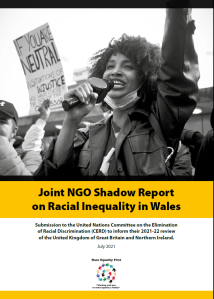 “Christina Tanti published a report – the first of its kind – investigating the scale of hate crime, discrimination and racism. It will now be submitted to the United Nations to assess how successful Wales has been in tackling the issues.” Read the report here.

“The European Union’s executive called for an investigation on Thursday (7 October) into illegal migrant pushbacks after a report by German media outlets Der Spiegel and ARD documented what they said were Greek, Croatian and Romanian officials carrying out such operations.”

“The European Union unveiled Tuesday a new strategy to combat growing anti-Semitism in Europe with plans to better tackle hate speech, raise awareness about Jewish life, protect places of worship and ensure that the Holocaust isn’t forgotten…Funding will be provided to better protect public spaces and places of worship to help Jewish people feel safer, with €24 million available already next year. Other steps will be taken to safeguard Jewish heritage, and raise awareness about Jewish culture, life and traditions.”

“The three central goals are to prevent anti-Semitism in all its forms; protect and foster Jewish life; and promote Holocaust research, education and remembrance. None of this, of course, is particularly controversial. Indeed, we would expect the Commission, if it were likewise to adopt a programme for combating Islamophobia, to include the protection and fostering of Muslim life as a goal while also promoting research and education to expose groups peddling anti-Muslim bigotry.”

Anti-racism: How to collect equality data to fight discrimination in the EU, The Brussels Times, 5 October 2021

“According to a Commission document on Guidelines on improving the collection and use of equality data, this calls for a reconsideration of how legislation and policies to promote equality are implemented and how progress on the ground can be monitored.”

“…The Guardian has heard how precarious workers often have undefined working hours, zero-hours contracts, bogus self-employed status and no sick pay. Workers describe living in an extremely precarious state in countries where they do not speak the language and therefore struggle to understand their agreements and legal rights.…In Italy, more than 50% of the workforce in slaughtering are migrants from eastern Europe, the Balkans, north and central Africa, and east Asia…About a third of Spain’s meat sector workforce are migrants, mostly from north Africa and eastern Europe…”

“…Imran Mustafa moved to Barcelona from Pakistan in 2013. He’s been a haulage driver for three years and said he does want to move to the UK to work. But the 12-week visa was not enough time to uproot his life…The 32-year-old added that while the pay was not good in Spain, and drivers work long days, there is also a shortage and so there’s lots of work available…”

“A Muslim woman living in Austria gets attacked by a racist local who is notorious for such acts and had previously targeted several others the same way. At first, the Muslim woman ignored the racist attack, however, the assailant did not leave her alone…”

“Not content with shutting down Muslim civil societies group in the country, now Paris wants to silence critics outside the country.”

“Far-right TV pundit – and convicted promoter of racial hatred – Eric Zemmour is riding high in the polls ahead of the French presidential election. John Lichfield looks at who the candidate is and what his popularity means for France.”

“Analysts are estimating that in the next presidential election in April 2022, the Muslim vote will undoubtedly make up around 10% of the votes.“

“For the first time, no African heads of state have been invited to the summmit, which will be organised on round tables on the economy, culture and politics, and youngsters, travelling from Africa, will comprise a third of the 3,000 participants.”

“The magazine caused an outcry last year after it published a fictional narrative depicting the legislator as an enslaved African.”

“Causeur magazine ran a cover image of five ethnically-diverse children with a mocking title ‘Smile, you are great-replaced!’, which suits the far-right’s manufactured fear of demographic change. Hence, the concept of ‘defending Europe’ has become the main theme of the Identitarians…”

“Nearly 400 journalists, academics, and cultural figures signed a letter of solidarity with journalist Nemi El-Hassan, after she was axed by Germany’s WDR channel for attending a Palestinian solidarity demonstration in 2014…”

2 leading female executives of color describe incidents of sexism or racism in the workplace, and what they learned, Business Insider, 27 September 2021

“Insider spoke with more than 20 female executives of color working at the top of corporate Europe. Some shared experiences of racism or sexism in the workplace…”

“The Swiss development apparatus is still very colonial,” says Macamo, who was born in Mozambique. “There is the assumption that Switzerland helps other countries solve problems it created itself without taking the role of the global economy into account.”